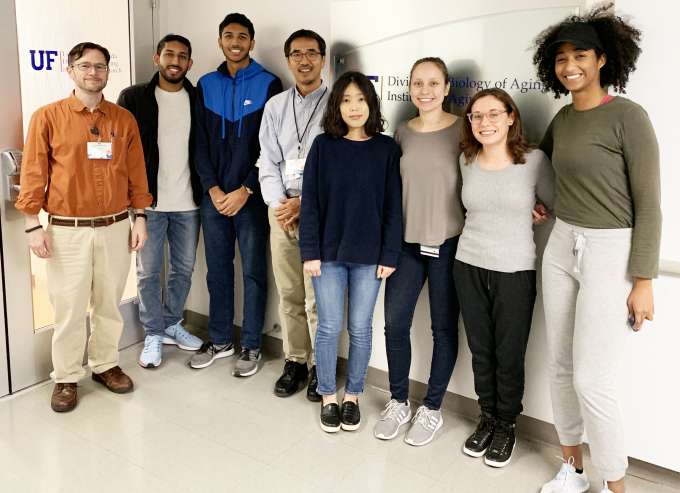 The Someya Lab studies the molecular mechanisms that underlie cochlear aging, mitochondrial dysfunction, and hearing loss in the Department of Aging & Geriatric Research at the University of Florida. Our work employs molecular genetics tools to identify the genes and pathways involved in aging and mitochondrial dysfunction. These studies are complemented by the use of electrophysiology and histology to assess hearing function and cochlear pathology. We use mice as a model system because the mouse inner ear is anatomically similar to that of human and the homologies between the mouse and human genomes are well-established.

We are also actively engaged in training the next generation of scientists at the undergraduate, graduate and postdoctoral level. In addition to the UF Institute on Aging, the Someya lab is affiliated with several departments and centers on campus, including the Department of Speech, Languages and Hearing Sciences and the Claude D. Pepper Older American Independence Center.